Can we save the planet by eating kangaroo?

“Good for you and good for the planet!” This hard-hitting slogan has convinced more and more Australians, who are now quite prepared to consume this national symbol. The idea is that it benefits their health and the environment, but taste also plays a role.

For about a decade, kangaroo farmers have been lauding the virtues of this lean red meat with the slogan: “Good for you, good for the environment”. Are they jumping on the environmental bandwagon or is it based on fact?

What's so special about kangaroo?

It’s a red meat with the peculiar characteristic of being as lean as chicken (just 2%). Also, it’s indeed true that it’s good for your health: kangaroos are wild animals whose diet is free of genetically modified organisms or pesticides. As for value for money, kangaroo meat is cheaper than beef. It tastes a little of game. As it is a muscled animal, the meat must be eaten quite rare to prevent over-toughness. Perfect for a Saturday barbie [Australian for “barbecue”]! As Ben Crook, an Australian fan of Vegemite said to me when I met him in Melbourne: “be sure to tell your readers that we really do eat kangaroos in Australia!” 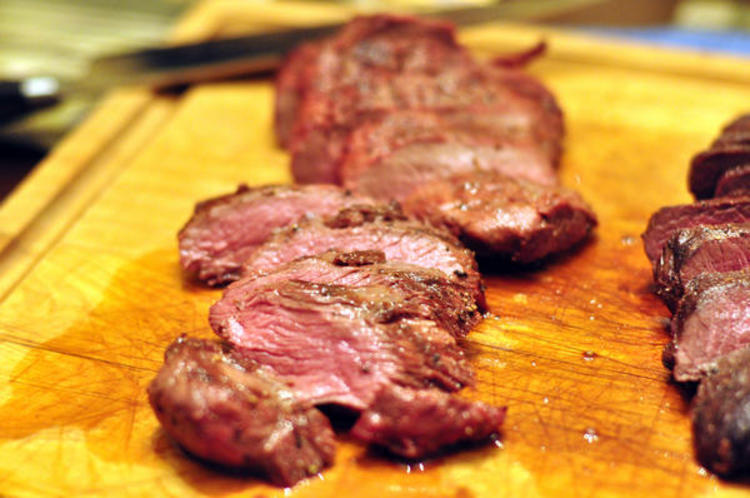 Livestock farming represents more than a quarter of global greenhouse gas emissions. More than the worldwide transport sector! This is particularly caused by the flatulence and belching of sheep and cows, which emits very high levels of methane. Conversely, the kangaroo’s digestive system functions differently and produces very low levels of methane, the heating effect of which is 28 times higher than carbon dioxide (CO2).

Its diet is healthy and environmentally friendly.

Unlike other types of livestock, “roos” are not raised in farms. They live free to roam in the Australian bush. No need, then, for the high amounts of greenhouse gas necessary for the production of beefsteaks. No fertiliser for their feed, no carbon gases for raising and transporting the animals. In addition, this marsupial is adapted to the driest inhabited continent on the planet and needs only small amounts of water. Australia has constant problems with drought, so this is an important consideration for Australians, particularly in view of the increasingly evident effects of global warming. 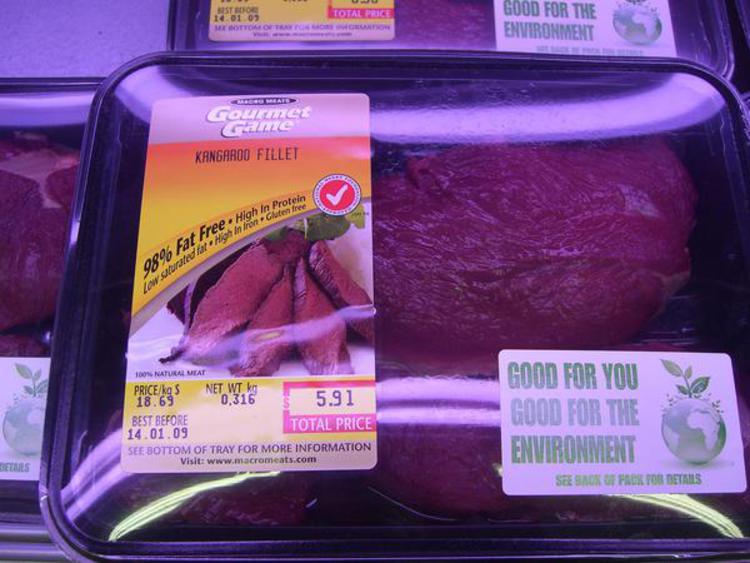 Are there enough kangaroos?

The quota, i.e. the amount of kangaroos authorised for culling, oscillates between 15 and 20% of the total population. It is calculated annually by government-appointed scientists and is based on the demographic evolution of the four species of kangaroos whose meat is eaten. Their current population is about the same as twenty years ago.

By the way, kangaroos don’t go to the slaughterhouse. They are killed by professional marksmen by a bullet between the eyes in their natural environment. Their death is instant and painless. According to a Greenpeace report, if the herds of cows and sheep were replaced by kangaroos, Australia would reduce its greenhouse gas emissions by 10%.