10 centimetres for 100 grams, eight legs, an uneven, unappetising black colour and a hairy little monster into the bargain...could anything be less tempting than a tarantula? Read on to find out!

Everything started on the bus connecting Cambodia and Laos. A forty-something year old Khmer woman sitting at the other side of the row pulled out a transparent bag containing about eight fried tarantulas. Extracting one, she started to nonchalantly munch on a foot while chatting to a friend. While I was also casually crunching away, but on something rather less exotic, some crisps.

That started a train of thought. Upon alighting from the bus, I didn't dash for the nearest roadside stall to grab my own tarantula, but a mental barrier had dissolved - a tarantula, yeah, why not?

Upon returning from Phnom Penh, I took my time before dropping into the Romdeng, a chic restaurant serving Cambodian specialities, mostly frequented by tourists wanting to help disadvantaged young people. Not ordinarily my kind of place, but I needed a reassuring ambiance to enable me to try out such a decidedly unsettling dish. I took a deep breath and opened the menu. On the seventh line, the "Crispy Tarantulas with lime and pepper sauce" beckoned me for the modest sum of 4 US dollars. Difficult to resist, at that price. I sat back tried to calm my mind in preparation for this unusual culinary adventure, then all too soon my hairy feast was before me.

As they say in the culinary reality shows (OK, OK…in Top Chef), the emphasis was on the product, with the form clearly outlined and a minimalist presentation of the dish. Viz: a white plate with three tarantulas and a little salad. How to eat these things, then? Page one of Tarantulas for Dummies: start by taking hold of one. At this perilous stage we lost one of our previously party – his arachnid aversion meant he preferred demonstrating his photography skills. After some hesitation, the three surviving gourmets (Florence, Vincent and me) reached out to grasp our dinner. 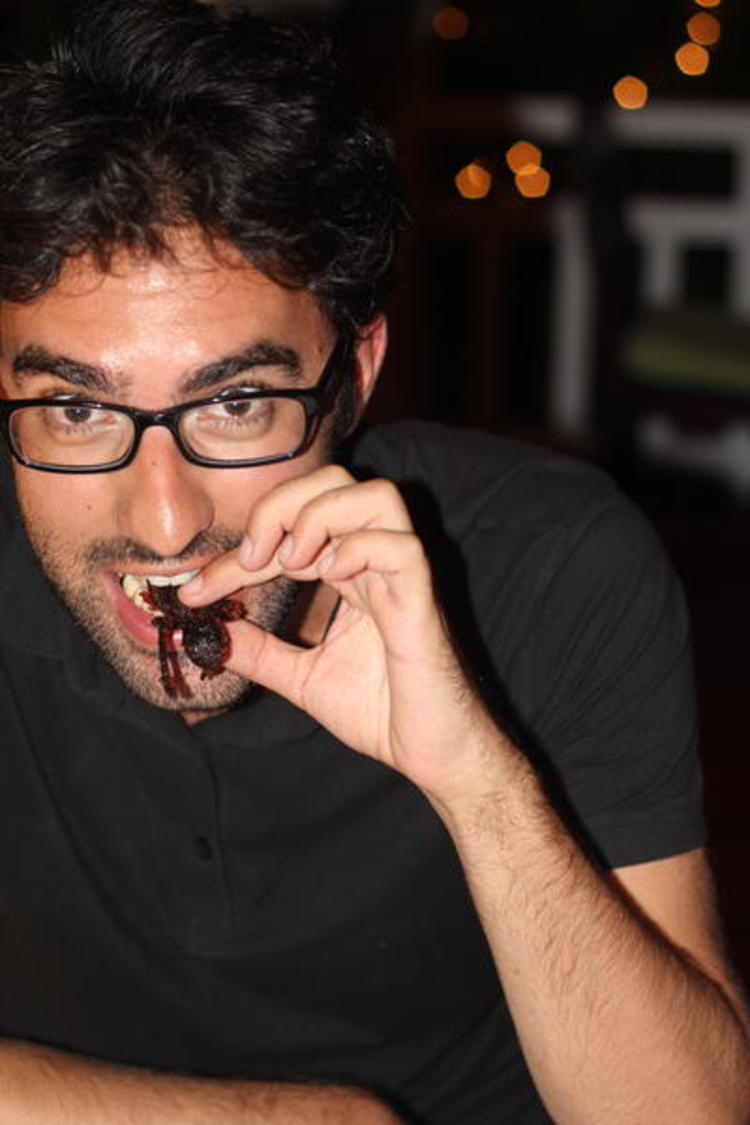 We started with the easiest part, a leg: nothing too surprising, just a fried taste really. We moved on to the spider's body, which we spent a long time slowly chewing, for reasons unknown. That fried taste again!

All that was left was the lower part of the abdomen, which didn't just look crispy, but also thick and tasty-looking. Vincent carefully cut the large piece of abdomen in two, but judging from his grimace, "tastiness" was a subjective term indeed. Soon we seemed to be in a scene from the film French Fried Vacation. Vincent didn't beat around the bush: "yuck! yuck!". Luckily the pepper sauce helped us swallow this thick substance, about as appetizing as a prawn's head. 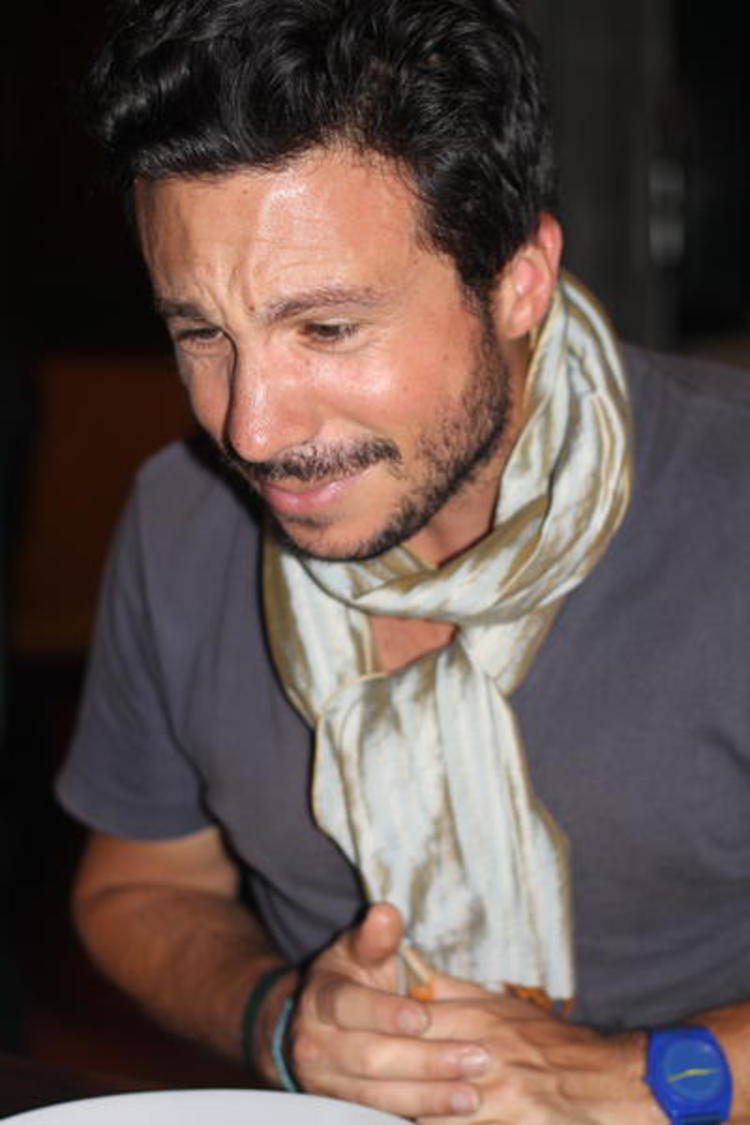 Undoubtedly influenced by our lack of experience, we think that tackling a tarantula gives you a tingle of pride, but rather less culinary satisfaction. A fine Facebook photo, as long as it's not your tastebuds you want to satisfy...