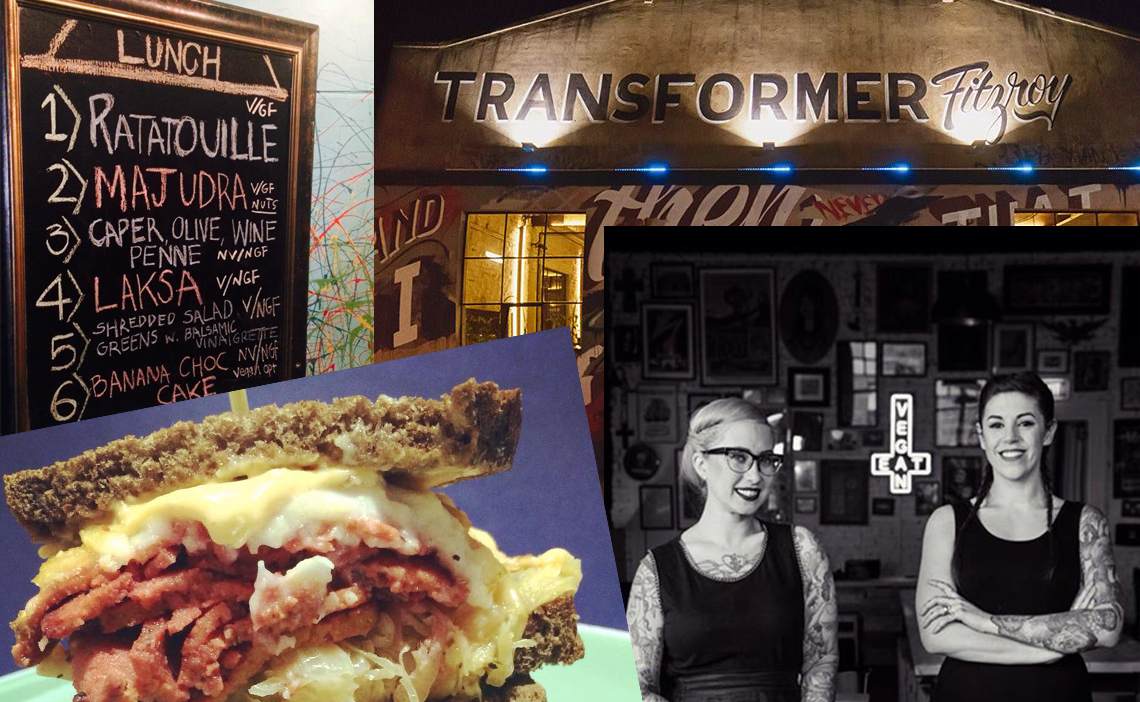 The menu of Lentil as anything, the façade of Transformer, the Reubenstein sandwich and the two founders of Smith and Daughters and Smith and Deliwo

A new wave of Melbourne are proving that vegetarian cuisine can be creative, ambitious and intense. Sweeping away clichés of mushroom risotto or tofu-spinach salad, the young chefs ignore all conventions while keeping flavour firmly at the centre of the plate.