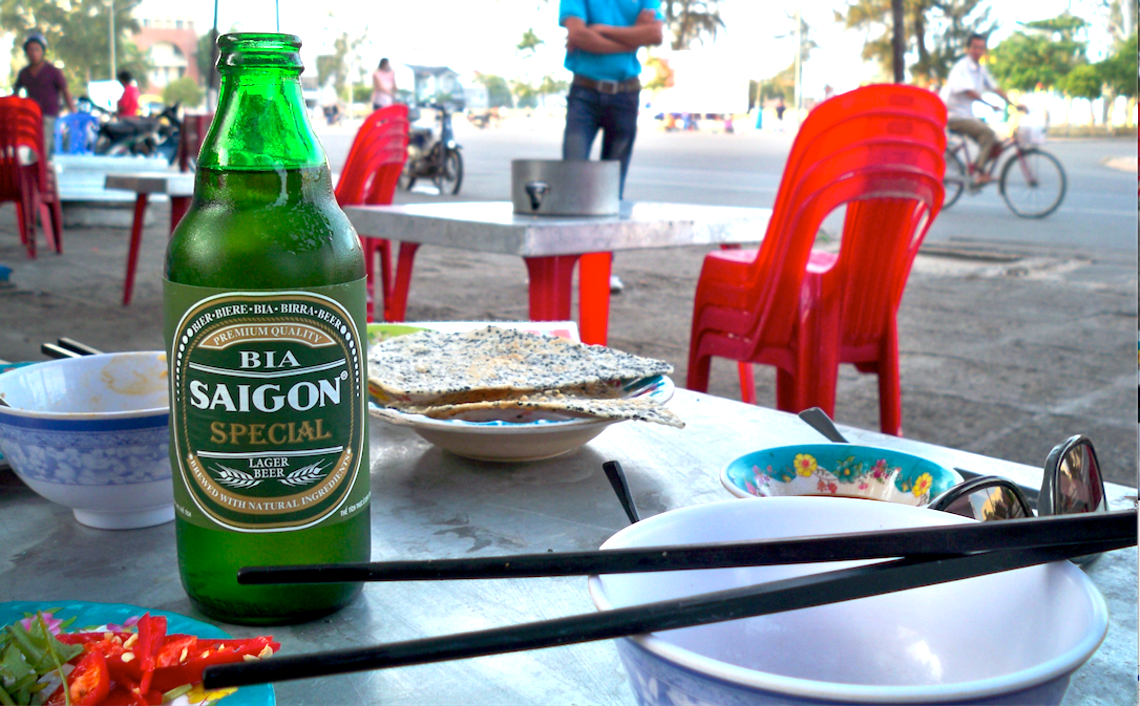 Every country has its local beer, mostly light lager beer. By the way, it's often a good idea to specify that you prefer your suds cold!

Two drinks seem to be pretty much universal: Coca-Cola and beer. The first is the symbol of homogenization, while the second comes in local shapes and forms. It's not often mentioned, but in Asia, beer is the drink par excellence. It's not always drunk cold, one reason being that many families don't own a fridge. Little history lesson: beer arrived in Asia through the efforts of the Germans, who brought along their brewing equipment. Asia's most famous beer, Tsingtao, was invented by these brewing kings. No real taste epiphanies can be expected. The local beers I tried tended to be light, refreshing and cheap lagers.