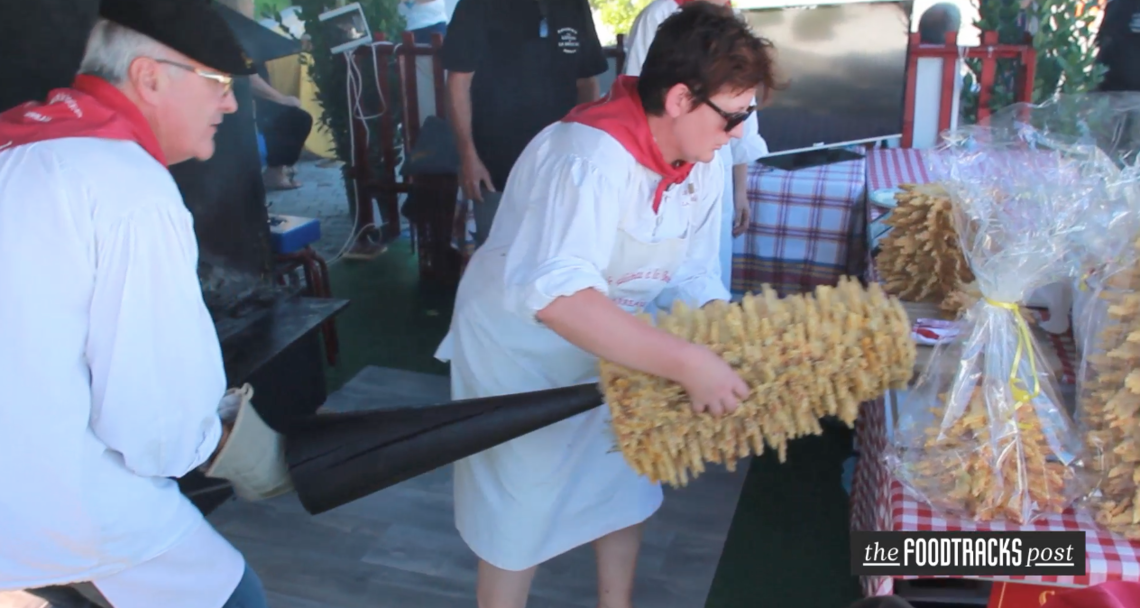 Turning out of an Arreau spit cake

The stalactites of this cake form slowly but are quickly devoured! A regional specialty which you should definitely try if you're passing through the Aveyron or Hautes-Pyrénées regions.

During the 2015 Étoiles de Mougins festival, we came across a strange group of people dressed in red and white who were busying themselves around a chimney fire. One of them was tirelessly turning a rotisserie, upon which a cake was forming, little by little, layer after layer. The Arreau Confrérie du gâteau à la broche (Arreau spit cake association) (Hautes-Pyrénées) was doing its utmost to prepare a perfect example of this pointed, giant cake.

Traditionally made during long winter evenings, the spit cake is today served at special events (marriages, baptisms, parties, etc.). It is cut horizontally in order to reveal its characteristic golden rings, which are produced during the baking process. 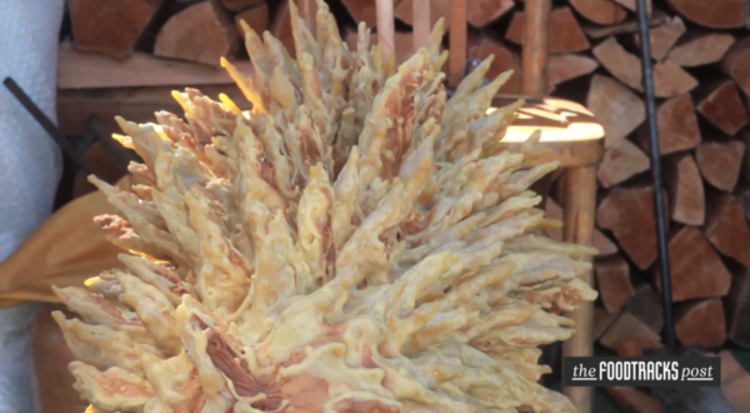 Very popular in the Aveyron and Hautes-Pyrénées regions, this type of cake can be founded almost everywhere in Europe, from Hungary to Sweden, passing through Germany. Each locality has its own version of the recipe, with varying degrees of sponginess and pointedness.

Contrary to its appearance, the cake mix (which resembles pancake mix) contains no milk.

The equipment you'll need: a chimney fire, a spit and a rotisserie, a conical wooden baking pan, and a receptacle the size of the pan in order to contain the mix.

Mix together all the ingredients.

Meanwhile, wrap the wooden pan in baking paper and heat it for an hour.

Pour in the first dollop of mix, wait for it to bake then repeat over 5 hours, all the while turning the rotisserie and reusing any mix which drips from it.

The cake keeps for two months with a cloth wrapping.

A traditional dry, spongy cake which is well worth tasting. Contrary to received opinion, the wood fire does not really impart any flavours to the spit cake.