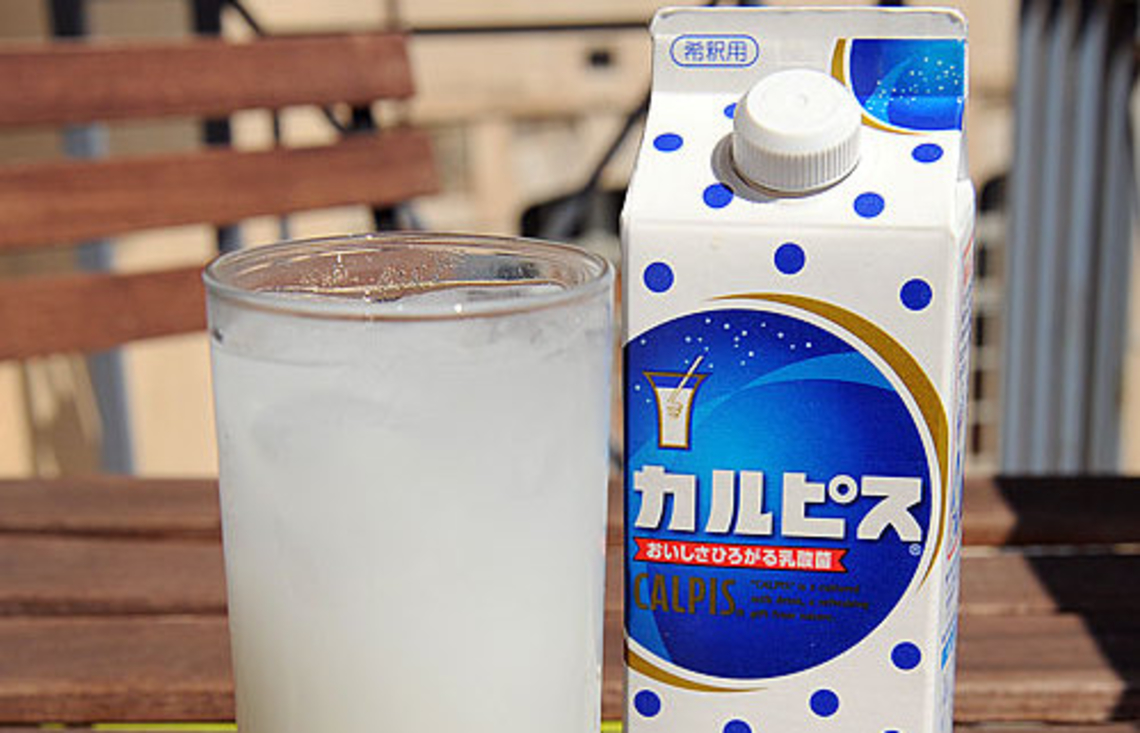 This drink might be burdened with an unappealing name and appearance, but its huge native popularity makes it a must.

Need to slake your thirst in the stifling heat and humidity of summertime Japan? Head to the minimarket or the drinks vending machine. There, nestled among the other bottles, you’ll find a white bottle with blue polka-dots with whitish, cloudy contents, lacking even the slightest visual appeal. But this is Calpis – a veritable Japanese institution!

A drink that (almost?) makes you love milk 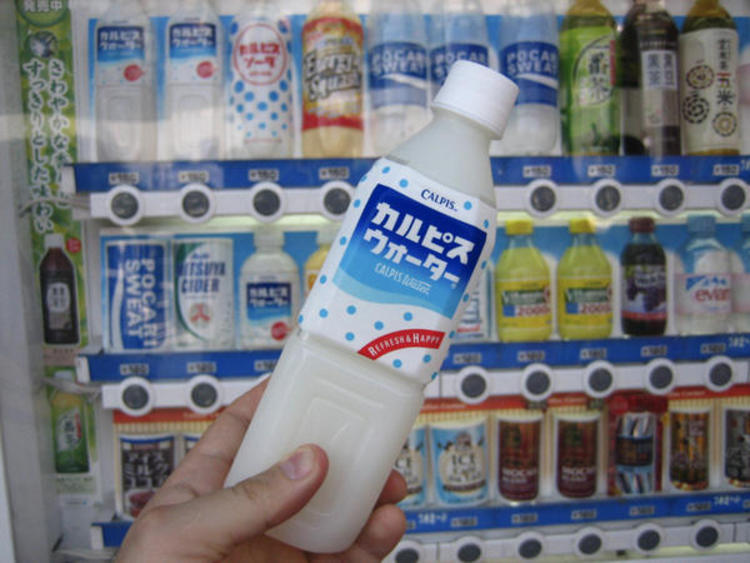 Water, powdered milk and lactic acid comprise this strange, still drink. A product of lactic fermentation, Calpis (renamed Calpico abroad to facilitate exportation) doesn’t really taste like milk, but rather has a sweet/sour flavour, quite stimulating and designed to completely quench your thirst.

Often sold in concentrated form, to be diluted with water or milk, or else pre-diluted with Calpis Water and Calpis Soda, Calpis is also sold as a cordial to accompany the famous kakigôri crushed ice, or to make cocktails such as Calpis Sour, or to blend with traditional rice alcohol, Misty Rose, or red wine.

In its ads, the company Calpis always emphasizes the health benefits of its flagship product:

As well as being rich in calcium (according to popular supposition, the word “Calpis” is derived from a contraction of “calcium” and the Sanskrit word “Sarpis”, which means  “clarified butter” and also “best taste”, Calpis has probiotics, which aid digestion, strengthen the immune system and stimulate intestinal flora! According to a study published in 2012, the drink also boosts memory and concentration, thanks to its lactic acid content.

The huge popularity of this drink in Japan makes it a must during your visit. Refreshing and quite novel for the tastebuds, but it probably won’t become a habit.